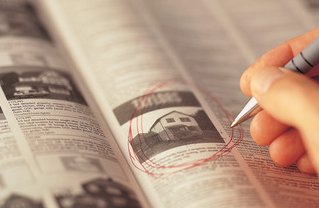 Setting the right price is as much about knowing how buyers think as it is about how much the property is worth.

If you're selling a car or a house in today's sluggish economy, make sure the price is right.

Americans are constantly buying stuff. But most of us don't do a whole lot of selling -- which means we don't have much experience at setting prices.

Want to improve your odds of finding a buyer? Consider these four pricing tricks.

We all know that $1.99 is barely less than $2. Yet retailers continue to use this trick, because there's ample evidence it works.

"When we look at prices, we make judgments in a fraction of a second," explains Manoj Thomas, a marketing professor at Cornell University. "We read from left to right. We anchor our judgment on the first thing we see."

For instance, if you're trying to sell your old car that you think is worth $8,000, you might set the price at $7,999. Potential buyers will read the seven first -- and have a sense the car is cheaper than it really is.

Alternatively, you might start at $8,222 and then quickly drop the price to $8,111. One study of price comparisons found that, if the left digits are the same, buyers will focus on the right-hand numbers.

At that point, buyers perceive the discount to be larger if those right numbers are declining from, say, two to one rather than from nine to eight. Even though the decline is the same in dollar terms, "people think they're getting a better deal," says one of the study's co-authors, Robin Coulter, a marketing professor at the University of Connecticut.

As buyers check out your house, they'll have in mind a price they are willing to pay. The good news: You can influence that price.

"You should list higher than you're willing to accept," says Alan Cooke, a marketing professor at the University of Florida. "If you ask a high price, people use that as information in setting their reference price. But there's also evidence that, if you set a price that is implausibly high, the impact will be less than if you set a price that's more reasonable."

In addition, you can affect the reference price of buyers by, for instance, sharing the price of competing properties in the neighborhood. The obvious caveat: Pass along this information only if the comparisons are in your favor.

The reason: We associate precise numbers with lower-priced goods. A precise number also may signal that you have given a heap of thought to the price and you aren't inclined to negotiate.

In today's housing market, many homeowners are struggling to find a buyer.

Thinking of dropping your asking price? Suppose that, as in the above example, you initially asked $595,385. If you lower the price to, say, $578,495, potential buyers may perceive the price drop as relatively modest.

"You want to make the computation as easy as possible," Cornell's Thomas says. "If you use digits that make computation difficult, it will lead to a perception of a small difference."

Log in to see your saved listings or edit your searches:

No account? Sign up now to save searches, listings, and get tailored listing notifications. It's free, opt-out anytime.

Let us help you find your new home.